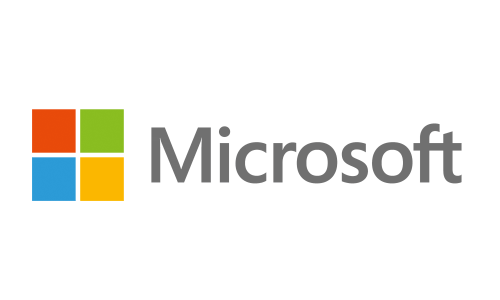 Microsoft bought the developer of the leading operating system for IoT

Microsoft acquired Express Logic, a company known as the developer of the specialized ThreadX operating system for managing small and low-power electronic devices.

The terms of the transaction were not disclosed, but it is reasonable to assume that the price offered for Express Logic was high, given the important place occupied by the software technologies of this small enterprise in the ecosystem of connected devices.

ThreadX software can be found literally everywhere: it controls the operation of smart electric lamps and production process control systems. This OS was installed even in the Deep Impact spacecraft launched by NASA in 2005 to study comets.

OS ThreadX development Express Logic has more than 6.2 billion installations. Thus, according to VDC Research, it is one of the most popular RTOS in the world.

Microsoft writes that the Internet of Things sensors are being introduced into almost everything, from industrial equipment to consumer devices, and increasingly, these devices are connected to the cloud. According to Gartner, by 2020 the number of connected devices will exceed 20 billion.
In April 2018, Microsoft announced that it would invest $ 5 billion in the Internet of Things and intellectual peripherals over the next four years. Funds are invested in products such as Azure Sphere, Azure Digital Twins, Azure IoT Edge, Azure Maps and Azure IoT Central. For development in this area, Microsoft has established partnerships with DJI, SAP, PTC, Qualcomm and Carnegie Mellon University.

Where can Express Logic solutions be used?

Microsoft notes that the market has developed a demand for technology to support environments with limited resources that require security, and this is due to the popularity of ThreadX. Express Logic solutions are used by manufacturers of various products, from low-capacity sensors, such as light bulbs and temperature sensors, to air conditioners, medical and network devices. Microsoft claims that Express Logic solutions help bring these products to market faster.

Express Logic systems are also suitable for devices with high limitations, for example, battery-powered and having less than 64 KB of flash memory. Every year, 9 billion microcontroller-based devices are manufactured and deployed in the world — Microsoft is going to promote Express Logic systems in this market.

How will Microsoft use the product?

Through the acquisition of Express Logic, Microsoft expects to gain access to billions of new connected terminals, as well as increase the number of devices that can easily connect to Azure. ThreadX should complement the Azure Sphere – Microsoft’s mainstream security offer for microcontrollers. Azure Sphere is an OS for Linux kernel-based Internet of things applications.

Ultimately, ThreadX should be one of the real-time data processing options on Azure Sphere devices. In addition, devices based on ThreadX will be able to connect to the Azure IoT Edge service, if the solution of the Internet of Things requires boundary computing capabilities. Azure IoT Edge is an Azure Artificial Intelligence and Analytics service on IoT devices.

Microsoft promotes the Azure Sphere as a solution for the most secure client connections to the cloud, but the Azure Sphere does not work on devices with limited capabilities. In these cases, Microsoft will recommend using ThreadX RTOS, and not any other RTOS, since the Express Logic solution has additional certificates, in addition, it can be connected to Azure IoT Hub out of the box.

For questions about the acquisition of Microsoft Windows IoT solutions, you can contact the sales and development department of AXOFT Ukraine by phone +38 044 201 03 03 or by e-mail: sales@axoft.ua