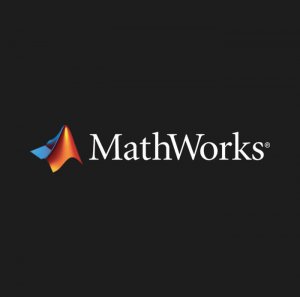 MathWorks introduced new flight analysis and visualization capabilities for aerospace design with MATLAB and Simulink. In the 2018b Release, the Aerospace Blockset adds flight management analysis tools to help analyze the flight performance of aerospace vehicles. Aerospace Toolbox adds the ability to customize user interfaces with cockpit flight instruments for visualizing and analyzing the movement and behavior of aerospace vehicles. Engineers can now develop continuous workflows from the early stages of vehicle design and development to in-flight prototyping, which shortens the time between design and testing.

Aerospace design must comply with strict design and regulatory requirements to ensure compliance with standards such as MIL-F-8785C, DO-178 B and DO-178 C, for which engineering teams usually rely on Simulink and DO Qualification Kit. Engineers working with their own or third-party flight visualization and analysis tools can now work directly in the Simulink environment for flight simulation, visualization and analysis. By using Model-Based Design and Simulink in the early stages of the design workflow, teams can more easily maintain models and code. They can also exchange models between groups and contractors to ensure that all requirements are met.

“The ability to model, model, analyze and visualize is crucial for a highly regulated aerospace industry. That’s why Simulink has become the preferred design environment for these engineers, ”said Paul Barnard, director of design automation marketing, MathWorks. “Now these teams can shorten the design time even more because they can iterate to create prototypes in a few weeks instead of many months. This will help them meet deadlines for development, while ensuring high accuracy and standards compliance, ”says site Aithority

Aerospace Blockset helps engineers quickly simulate, simulate and analyze the dynamics of spacecraft. In R2018b, a new flight control analysis tool has appeared, allowing for an expanded analysis of the dynamic characteristics of aerospace vehicles. Tools include start-up templates and functions for calculating and analyzing the flight qualities of gliders modeled in Simulink.

Aerospace Toolbox provides tools and functions that help analyze and visualize the movement of an aerospace vehicle using reference standards and models. New in the R2018b is the addition of flight instruments that display measurements using standard cockpit instruments.

About the company: MathWorks is an American company specializing in the development of software for mathematical calculations and simulation.