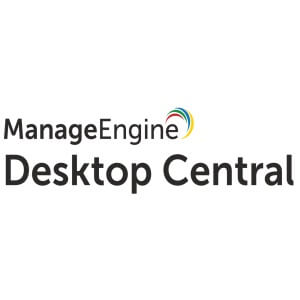 ManageEngine, the real-time IT management company, today announced the launch of voice assistant and geo-fencing features for Desktop Central, its unified endpoint security and management solution. Available immediately, the latest version of Desktop Central allows IT teams to manage endpoints via voice commands from the solution’s mobile app. This version includes a geo-fencing feature that closes IT security gaps by enforcing location-specific IT policies on mobile devices.

“Endpoint management is critical to IT security because most security breaches originate from the endpoints,” said Mathivanan Venkatachalam, vice president at ManageEngine. “IT teams today spend a lot of time on redundant tasks, with one or more tools. Infusing AI, we could automate most of the complex endpoint management tasks using simple voice commands, saving a lot of time. Also, features like geo-fencing and remote OS deployment will reduce IT time and efforts as well as increase productivity.”

Highlights of the New Desktop Central

Administrators can use voice commands on Desktop Central’s mobile app for Android devices to perform the following operations:

The new geo-fencing will help IT teams automate IT security policies on a device based on its location, including locking it or completely wiping corporate data from the device if it leaves the established geographical range.

OS deployment to remote computers, being the most challenging and time-consuming task, is now made easy with the newest version of Desktop Central. Deploying OS images to a computer anywhere in the world at any time with a few simple clicks allows IT teams to master onboarding activities.

Desktop Central is a unified endpoint management solution that helps in managing thousands of servers, desktops and mobile devices from a central location. It automates the complete desktop and mobile device management life cycle, ranging from a simple system configuration to complex software deployment. Used by more than 6,500 customers around the globe, it helps businesses cut costs on IT infrastructure, achieve operational efficiency, improve productivity, and combat network vulnerabilities.