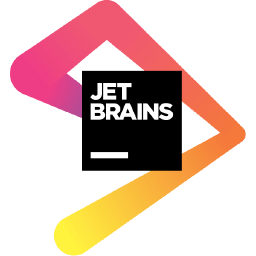 JetBrains released a series of updates for their IDE products

The Czech IT company JetBrains has released an update 2019.1 for its development environments IntelliJ IDEA, WebStorm, PyCharm, CLion and GoLand.

IntellilJ IDEA 2019.1 looks for switch blocks that can be simplified in Java 12, and automatically convert them as needed. The return trip is possible.

Another new feature is the Recent Locations pop-up window, which shows an overview of all recently visited areas of code in chronological order. Developers can search for code snippets in a window, using either the body of the code, the file name, or bread crumbs.

There are also some innovations for users in the cloud. The IDE now allows you to debug a Docker container created from a Dockerfile or Docker Compose. Anyone who works with the Kubernetes container orchestration can now download custom resource definitions from external sources. However, this is currently possible only for local files. At a simpler level, the IDE now has the ability to debug Java applications that run inside Docker containers created from Dockerfile or using Docker compose.

New databases are supported: Greenplum, Vertica and Apache Hive. Other additions include support for Java 12 switch expressions. The Kotlin plugin has been updated to v1.3.21

The environment of JetBrains C and C ++ Clion has also changed. Now it supports the ClangFormat tool if the proprietary formatter JetBrains does not do this for you. JetBrains also said it uses Clang to provide improved and more detailed error messages. Now Clion “keeps to the naming scheme you provide” and will use it in autocomplete, generate, and refactor code. Name conventions can also be used in the editor.

Like its Java colleague at JetBrains, Clion has also updated the themes, and users can now create their own individual styles.

In addition, JetBrains also released a second preview of access to TeamCity 2019.1, its CI / CD platform. The latest update supports GitLab merge requests, which can now be created automatically and filtered by author and target branch.

It also adds “improved scalability options” using the “Run Assemblies” node presented last year, exiting all sessions if a user password is hacked and YouTrack is constantly authenticating the token.

For questions about the acquisition of JetBrains solutions, you can contact the sales and development department of AXOFT Ukraine by phone +38 044 201 03 03 or by e-mail: sales@axoft.ua