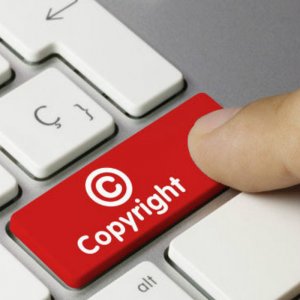 80% of all software in Ukraine – unlicensed, but the trend is improving

In Ukraine, 80% of software installed on computers does not have the necessary licenses. This is mentioned in the BSA Global Software Survey, which is regularly released by the Association of Software Manufacturers.

Since 2016, penetration of unlicensed software in Ukraine has decreased by only 2 percentage points. For comparison, in the US, this indicator of using pirated software is 15%.

The study also provides data on the volume and cost of unlicensed software installed on personal computers in more than 110 countries. So in Ukraine, according to the BSA, the cost of all software installed without licenses for 2017 was $ 108 million, which is almost 4 times less, that of neighboring Poland, 50% less than that of Romania and the Czech Republic, and almost comparable to the indicators Hungary. It is worth noting that in 2011 this figure was at $ 647 million and exceeded the figure of several countries in Central and Eastern Europe. Indicators of the decline in the cost of software primarily associated with the depreciation of the national currency. 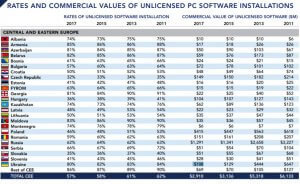 In general, the penetration of pirated software in the CEE region (Central and Eastern Europe) is 57%. Approximately the same level (50% and above) in Asia, Latin America, Africa and the Middle East. The lowest level of piracy, expected, is observed in North America (16%) and Western Europe (26%), which has an impact on the global statistics: for the world as a whole, the use of pirated software is 37%. 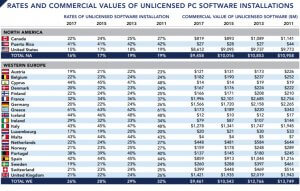 Surprising facts of the use of pirated software by state and educational institutions. This is nonsense. On the one hand, this is at least a violation of laws, on the other hand, users lose many of the advantages that licensed software gives.

Still, if you understand what licensing software gives us and why it should be bought:

2. Unlicensed software is hacked and often there is no possibility of updating the program, and this is especially critical in the case of antiviruses, firewalls and operating systems.

3. By purchasing software, you usually get the right to free technical support. Without which, sometimes it is simply impossible to correctly configure the operation of the program.

4. Licensed software almost always guarantees you a free update of the program within a certain period. It should be noted that almost any software contains these or other faults, without correction of which it is sometimes impossible to fully use it.

5. When hacking software, pirates often make significant changes to the distribution package, throwing out at least a library of drivers and other things that are not important to them.

6. Money invested in licensed software, contribute to further product improvement for the benefit of users. Buying the program, you stimulate the developers.

7. When the enterprise passes the certification procedure for compliance with the requirements of international ISO standards, work with licensed software is a mandatory requirement.

8. Violation of the requirements of copyright law may adversely affect the company’s reputation.

9. Very often pirated versions of programs incorporate viruses through which unauthorized persons gain access to the management of your PC or, in the light of recent events, your servers and individual PCs can become just machines for pirating the crypto currency, which will significantly affect the speed of the server and individual PCs in general.