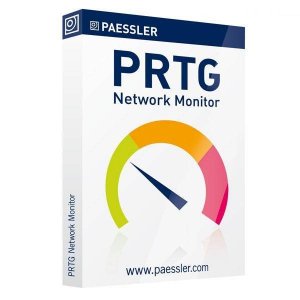 It is a tool for monitoring networks and websites for system errors and weaknesses. PRTG Network Monitor effectively identifies possible causes of future outages and network resource downtime at an early stage, allowing you to minimize potential losses in the event of an emergency fault.

The PRTG Network Monitor program runs on a Windows computer within the network and collects various statistical data from the specified computers, software and devices. (It can also automatically detect these computers, which will help to form a network map.) In addition, the program saves data for later performance analysis retrospectively so that you can respond to changes.

PRTG Network Monitor has an easy-to-use web interface with point-and-click configuration. Data from the program, including dynamic graphs and non-standard reports, can be easily shared with colleagues and non-technical clients. This will provide an opportunity to plan the expansion of the network, see which applications download the network the most, and be sure that no one is clogging up the network by downloading movies through torrent trackers.

PRTG Network Monitor can collect data from virtually any network component of interest. To collect this data, the program supports various protocols.

The ability to find out what and where has broken, as well as to know about potential breakdowns in advance

PRTG Network Monitor monitors the entire IT infrastructure around the clock and alerts you to problems before they are noticed by users. There are over 200 types of sensors for all standard network services, including HTTP, SMTP / POP3 (email), FTP, etc. But what is a sensor? In PRTG, one sensor is one aspect that is tracked in the device. For example, a specific URL, network connection traffic, a switch port, or CPU usage on a computer. Each entry in this list is considered one sensor. Usually, the calculation is carried out using 5-10 sensors per device. But, of course, it depends on what exactly needs to be controlled.

We can warn you about problems even before your users notice them, including by email, SMS or pager. But this is only the beginning. After several months of tracking response time and uptime with the help of PRTG, you can optimize your network so that the smartphone will no longer buzz ever. PRTG can print reports showing how well the work is being done. (Show your boss that 100% uptime in the last quarter is a good reason to increase. We will even print a report so that it can be done visually).