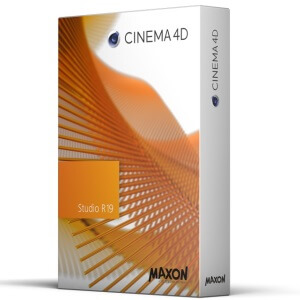 MAXON CINEMA 4D Studio software is a package for creating, editing, visualizing and animating 3D objects and effects and is suitable for professional 3D artists. MAXON CINEMA 4D is used in such industries as architecture and construction, design and engineering, film and television, the creation of games and interactive applications and others. Possessing all the functionality of Prime, Visualize and Broadcast editions, the CINEMA 4D Studio system additionally includes advanced tools for working with characters, hair, a physical driver and an unlimited number of clients for network rendering.

Special components in CINEMA 4D Studio make it easy to create rigs and additional character animation. Hair or character fur is added with the help of a powerful set of tools that allows you to build, comb, stylize and animate hair. The physical driver makes it possible to implement complex collisions and interactions between objects. Network rendering uses all computers on the network to quickly render the animation.

Tools “Hair” provides not only a realistic rendering quality, but also a minimal memory load.

Based on the Bullet library and supplemented with numerous unique tools, the simulation of hard and soft bodies in CINEMA 4D is at the world level.

Implemented cloning of multiple objects and creating voluminous texts with a few clicks. Effects are added in such a way as to compose objects, give them motion and much more without creating any keyframes.

CINEMA 4D Studio offers all the lighting functions that are contained in Prime, Boradcast and Visualize. In addition, the “Physical Sky” tool allows you to create clouds, haze, atmosphere and general location. Global lighting provides an accurate representation of the lighting of the scene, taking into account the light reflected between the objects. CINEMA 4D provides for the imposition of caustic effects.

Three-dimensional objects are transformed into “digital clay” to create forms of any complexity from it.

Visualization passages are created in any desired format (in a sequence of images, AVI or QuickTime movies). The generated project file automatically converts all the sequences together into the proper format. Depending on the application used to compose images, additional data such as 3D cameras, 3D lighting or reference objects can be exported.