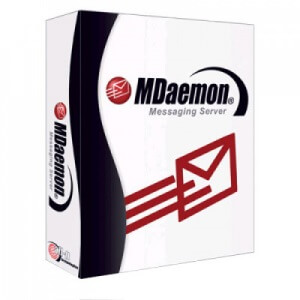 MDaemon AntiVirus provides the next generation of antivirus and spam protection for the MDaemon Email Server by halting viruses on all inbound and outbound email at the server before it’s passed on to the client, providing a shield to stop security trouble before it starts. It blocks virtually all known dangers and prevents infestation by newly released threats by combining multiple powerful security safeguards including, Recurrent Pattern Detection Technology (RPD), Zero-Hour Virus Outbreak Protection, Inline Virus Scanning, Cyren AntiVirus and ClamAV AntiVirus Engines, and more. MDaemon AntiVirus is available in multiple languages and proactively protects email users against viruses, spam, phishing attacks, spyware, and other types of unwanted and harmful email.

◊RPD extracts and then analyzes relevant patterns, which are used to identify massive email-borne outbreaks. It classifies both distribution and structural patterns within an email message.

◊RPD patterns are compared to the local cache which provides fast match results for more than 70% of the patterns. If a pattern is not in the local cache, RPD will query global data centers for a match to provide true real-time protection with the most up-to-date patterns. These global data center queries then update the cache to keep the most current patterns available locally.

◊RPD identifies incoming threat messages with very few, if any false positives. Not only are the patterns content agnostic, they are also language-independent making it equally effective for all message formats and encoding types.

MDaemon AntiVirus detects infected attachments in both plain text and HTML messages. When an infected attachment is detected and you have selected to not block the message outright, you have the option to clean it, quarantine it, delete it, or allow MDaemon’s Content Filter to handle it. Specific domains and addresses may also be excluded from scanning altogether.

MDaemon AntiVirus scans messages inline, using the Cyren AntiVirus Engine, during each SMTP session, effectively stopping malicious software at the email entrance to your network. When a corrupted message with a security threat is detected, MDaemon AntiVirus refuses to accept the email and any attachments.

In addition to the Cyren AntiVirus engine, messages are scanned via the ClamAV plugin for MDaemon AntiVirus, adding an additional layer of antivirus protection for all inbound and outbound email traffic.

MDaemon AntiVirus includes an administrative log that keeps track of the type, time, and location of detected viruses.

When MDaemon Antivirus is enabled, administrators can now configure a schedule to scan all mailboxes. This allows the detection of any infected messages that may have passed through before any new virus definitions were created to detect the latest threats.